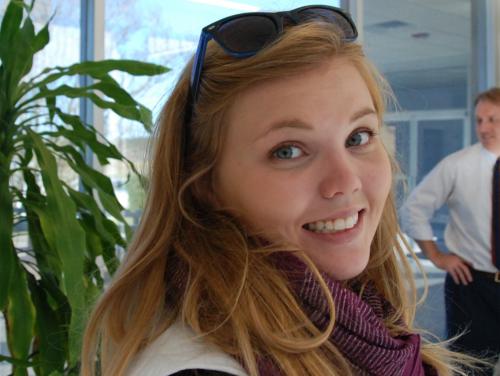 Elise is originally from Greenville, NC and began volunteering and interning at the QAR Lab during her undergraduate studies in 2011. Upon beginning her MA in maritime studies at East Carolina University (ECU) in Fall 2014, she became a graduate assistant at the QAR Lab. After completing the two-year assistantship, Elise was hired as a QAR assistant conservator, through funding from the National Parks Service Maritime Heritage Grant. Presently, she is serving as the QAR Lab Office Manager and an assistant conservator.

Completing her undergraduate studies in history and anthropology at the University of Mississippi, Elise returned home to study maritime history and archaeology and received her MA from ECU in 2018. She has participated in ECU field projects in Costa Rica, North Carolina, and Florida, worked in the lab and in the field at the St. Augustine Lighthouse and Maritime Museum as an assistant conservator, and participated in diving projects with North Carolina’s Underwater Archaeology Branch. Elise is a PADI Divemaster, a DAN Diving First Aid for Professional Divers/Diving Emergency Management Instructor, a member of the OSA scientific diving program, and a Cultural Resources Emergency Support Team (CREST) responder.