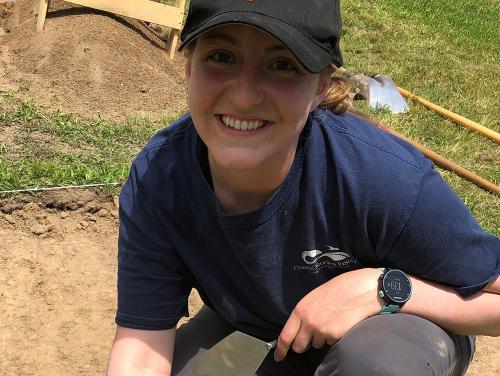 Originally from Pennsylvania, Kim received her BS in anthropology and archaeology from Mercyhurst University in 2015. As a student, she worked on sites in Pennsylvania, New York, and New Mexico. She is a graduate of East Carolina University, where she received her MA in anthropology in 2017. She worked as a graduate assistant for the Queen Anne’s Revenge Conservation Lab (QAR Lab) and participated in field projects throughout North Carolina. Her MA thesis research focused on glass beads from Queen Anne’s Revenge and their role within the Transatlantic Slave Trade.

Upon graduating, she volunteered with OSA in the Raleigh office and joined the staff as an archaeological technician in February 2018. In August 2018, she became a permanent staff member as the Staff Archaeologist responsible for the management of NC Department of Transportation compliance review projects and developing education and outreach programs.