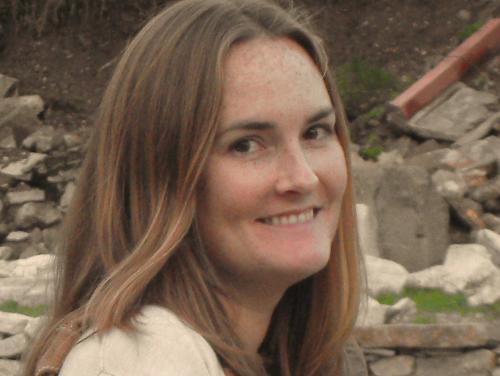 Kimberly, originally from Texas, moved to North Carolina to join the Queen Anne's Revenge (QAR) Project team in 2013. She is a graduate of the Nautical Archaeology Program at Texas A&M University, where she completed her MA in anthropology and earned a certificate in conservation. Her MA thesis is entitled “Reconstructing the Assemblage of Iron Artifacts from the Late Hellenistic Shipwreck at Kizilburun, Turkey.” Previously, she earned a BA in maritime studies from Texas A&M University at Galveston, minoring in both English and anthropology.

Kimberly has worked as a field conservator on projects in Texas, North Carolina, Costa Rica, and Puerto Rico, and she was involved as a diver and conservator for both the Kizilburun Column Wreck Excavation near Izmir, Turkey and the Cape Gelidonya Bronze Age Shipwreck near Finike, Turkey. She served as interim head conservator for the Institute of Nautical Archaeology (INA) in Bodrum, Turkey, and continues to serve INA as a research associate. Kim also teaches a graduate-level introduction to conservation course at East Carolina University and currently holds a seat on the Monitor National Marine Sanctuary Advisory Council.

Kimberly was appointed field director for the 2015 QAR excavation and is now a co-principal investigator for the QAR Project and a member of the OSA scientific diving program.