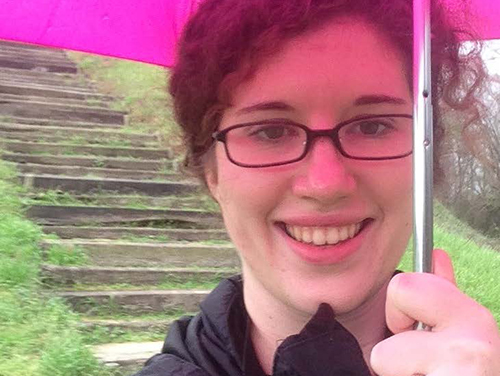 Rosie Blewitt-Golsch joined the OSA in 2017, first as a laboratory technician, then as a staff archaeologist responsible for NC Department of Transportation projects. In July, 2018 she became an Assistant State Archaeologist and site registrar, providing project review and technical assistance for northern piedmont counties and overseeing the office’s site and report records. As registrar she assigns site and accession numbers for discoveries generated by compliance projects or citizen reporting, managing a database of more than 50,000 sites.

Rosie earned her BA in anthropology from Washington University in St. Louis. She completed her first field school with the Pambamarca Project in Ecuador during the summer of 2011. Following her graduation in 2012, Rosie spent a month working at the Berry Site in North Carolina, before moving to Illinois to work in the Archaeobotanical Laboratory at the Illinois State Archaeological Survey. In 2013, she moved to North Carolina to pursue a graduate degree in anthropology at the University of North Carolina at Chapel Hill. While at UNC, she supervised field schools of 15-20 students in Rock Hill, South Carolina (Summer 2014) and Hillsborough, North Carolina (Summer 2015). Rosie also spent two months supervising students in Greece on the UNC Azoria Project (Summer 2016). She graduated with her MA in 2016. Rosie’s previous research has focused on paleoethnobotanical analyses of prehistoric and historic American Indian sites in the southeastern U.S.