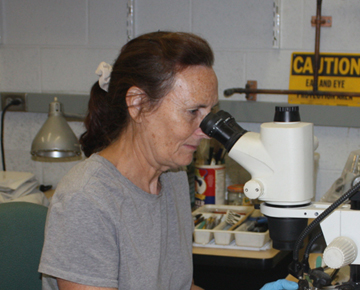 Terry served 20 years with the United States Air Force, and upon retirement attended the conservation program at City and Guilds of London Art School. After working in various conservation jobs in London, Virginia, and Boston, she returned to her home in Goldsboro, NC. Initially taking advantage of an opportunity to volunteer with the Queen Anne's Revenge Conservation Lab, Terry has been part of the team since 2010.