Submerged NC: Where the Water is Shallow, and the Current is Strong - Stone Fish Weirs of the Eastern Woodlands 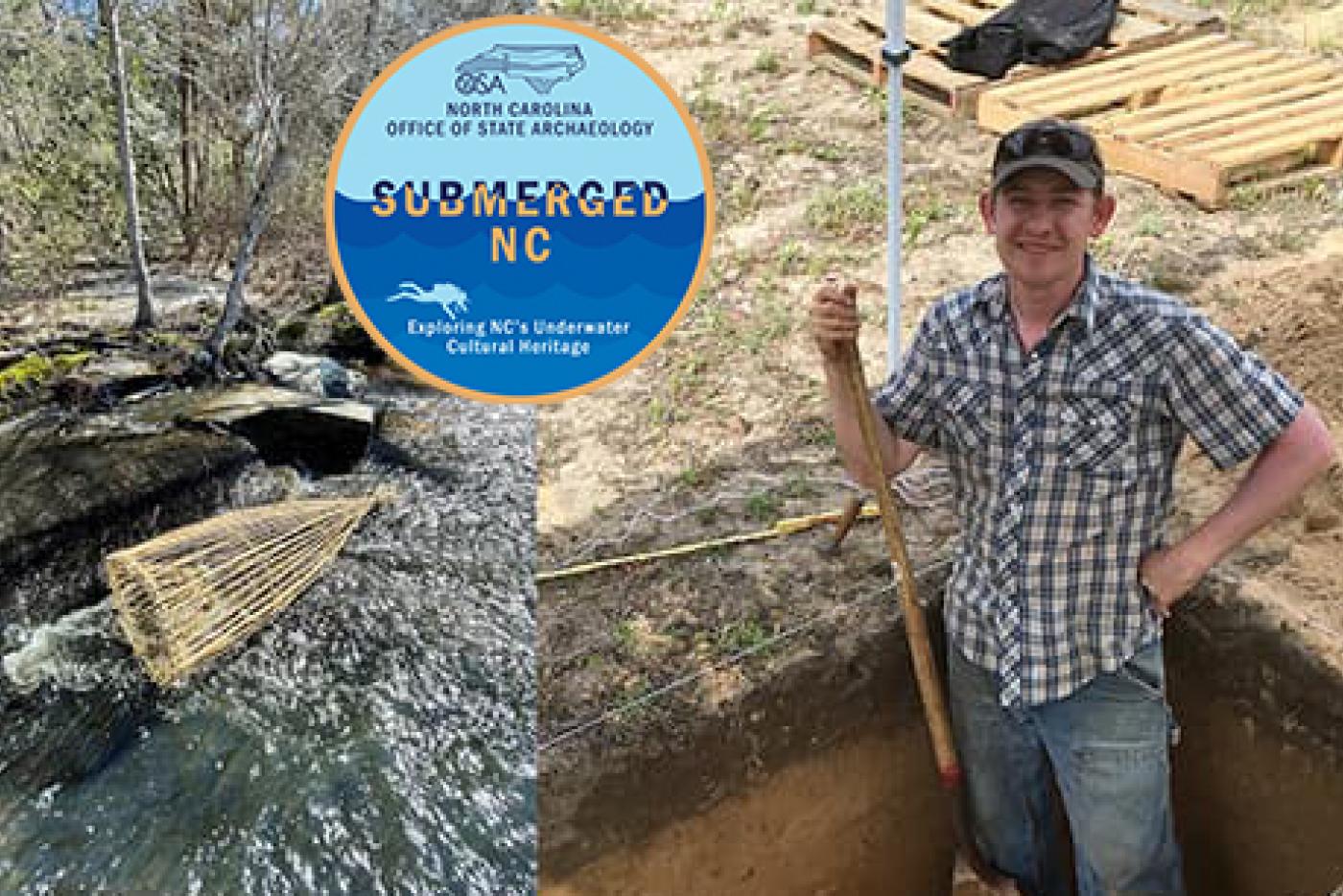 Though often overlooked, stone fish weirs are relatively common archaeological features in many swift-flowing rivers and streams above the fall-line across the eastern United States. Often seen as "V" or "W"-shaped stone alignments, these highly efficient fishing structures were used extensively throughout the pre-colonial and historic periods, some potentially dating back millennia and represent an important part of our cultural landscape.

For a variety of reasons, stone fish weirs have received only intermittent attention from the archaeological community and are rarely the focus of systematic surveys. New improvements in the quality and accessibility of satellite-based imagery, like Google Earth, have made the identification and recording of fish weir sites possible on a regional scale.

Join David Cranford to learn about the many different types of fish weirs that can be found worldwide and how their shapes help determine where they are located. Learn about archaeological approaches to studying fish weir sites and hear about some of the initial findings and insights of the North Carolina Fish Weir Archaeological Project that has documented more than 800 potential fish weirs.

Learn more about the NC Department of Cultural Resource.