Did you guess porcelain doll? If so, you’re correct! This porcelain leg belongs to one of two “all-bisque” dolls found in the cistern of the childhood home of Thomas Wolfe in Asheville, NC. Porcelain dolls made of bisque – unglazed porcelain – were produced predominately in France and Germany in the late 19th and early 20th century, although there were American makers as well. All-bisque dolls with articulated arms and legs were less common as their torsos made them heavier and more fragile. Although there are no discernable markings, the classic “dolly face” and molded hair of the two dolls found at the Thomas Wolfe Memorial makes them more likely to be earlier German-made dolls, placing them in the house at the time it was full of children. 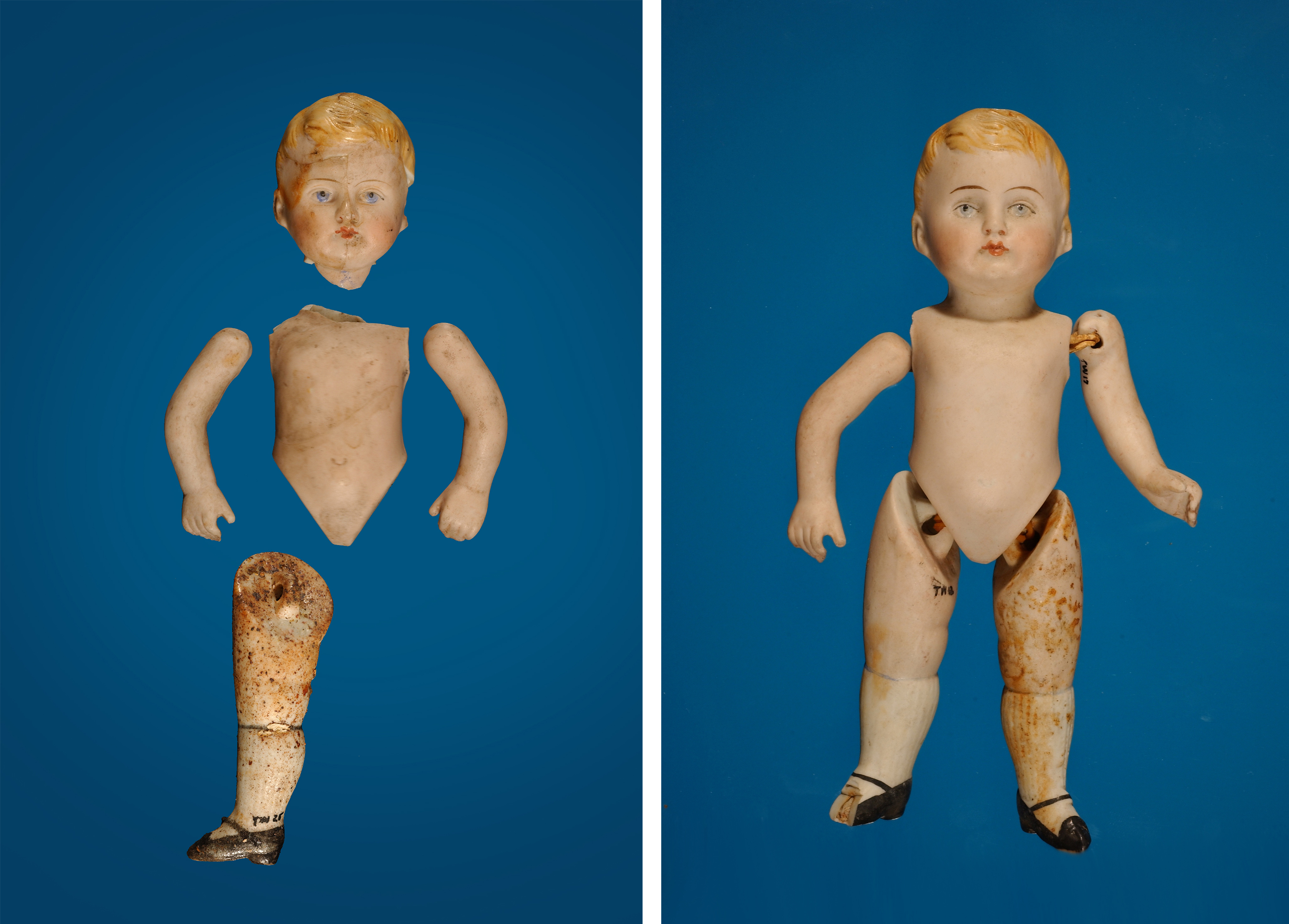 Return to 31 Days of Archaeology