Submerged NC: The Submarine Blitzkrieg against North America and the U.S. Response - December 1941 to August 1942 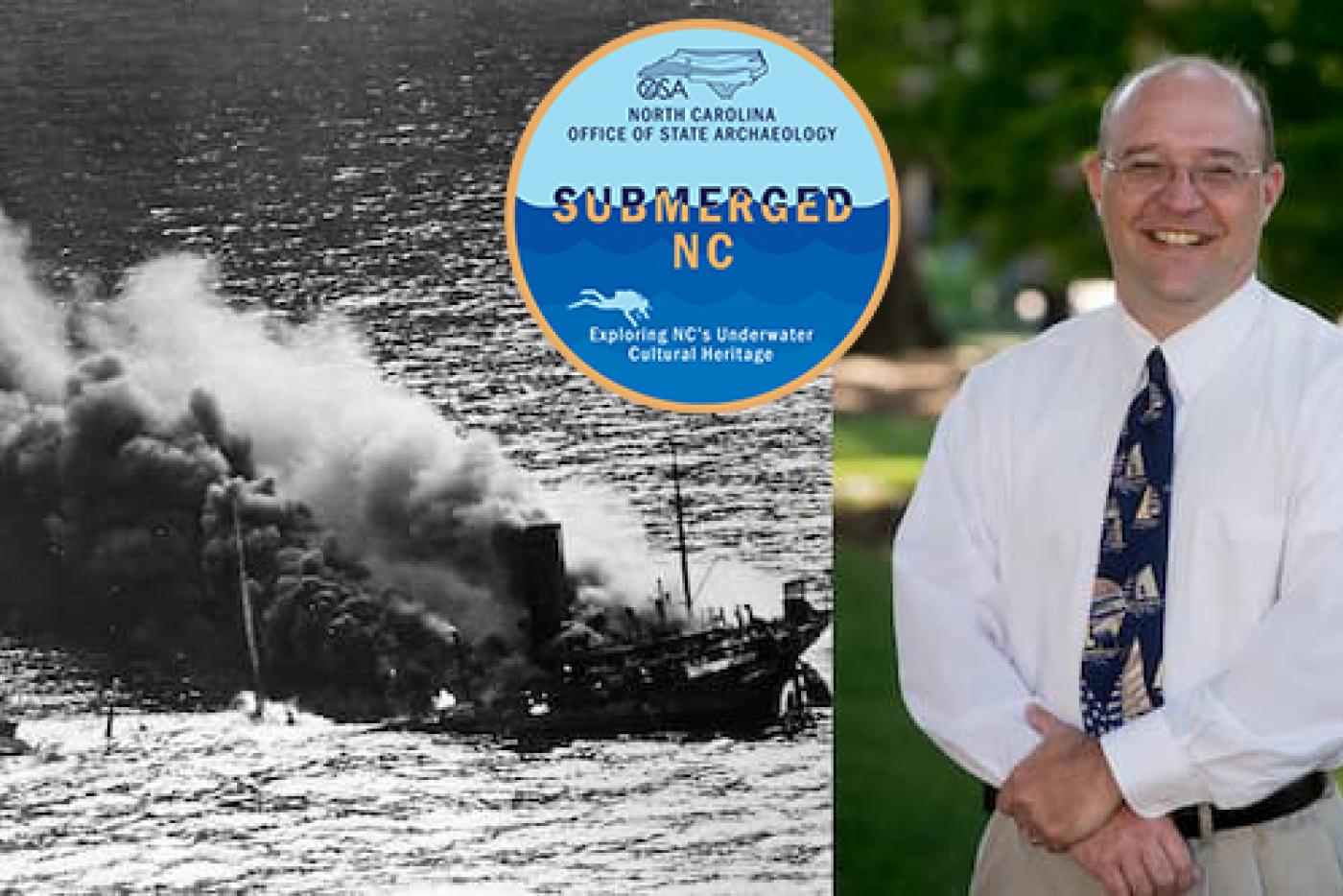 During World War II, the ships and men of the U.S. Merchant Marine transported vast quantities of war materials, supplies, equipment, and troops needed to fight the war. These merchant seamen faced many of the same dangers as U.S. Navy sailors. One in 26 merchant mariners serving aboard merchant ships during the war died in the line of duty, suffering a greater percentage of war-related deaths than all other U.S. uniformed services.

Join Dr. Sal Mercogliano, Associate Professor of History at Campbell University, to learn how and why the American East Coast became a strategic battlefield in the first five months after the U.S. entered World War II. Learn about the mistakes made, the men who made them, and the solutions found to turn the tide in the German U-boat war.

Dr. Mercogliano will discuss how the ships sunk off the East Coast represented some of the initial actions for the U.S. in the Second World War, but that they also demonstrated the global nature and issues facing the Navy and the merchant marine in their ability to transport the Arsenal of Democracy from the home front to the front lines. Learn how Admiral King, Adolphus Andrews (commander of the Eastern Sea Frontier), and Emory S. Land (head of the War Shipping Administration) vied for the best solution to the attacks against American commerce and fought over the limited resources available to defend it. Understand that the ones who suffered most were the crews of the 609 ships off American waters in the months after the United States entered the war.