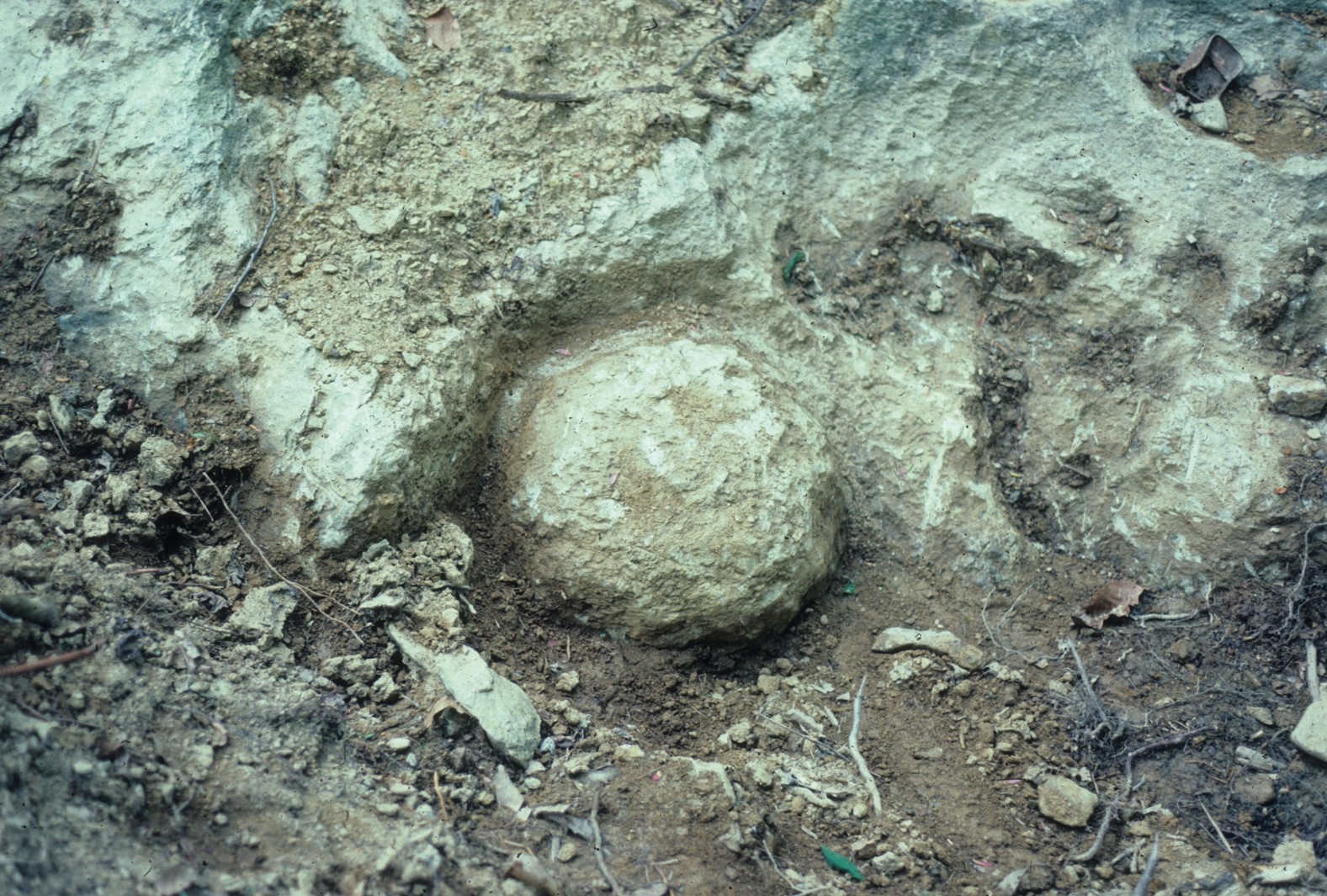 Before the invention of pottery vessels, containers for cooking and storage consisted of baskets, wooden bowls, carved stone bowls and probably such things as turtle shells (as cups, dippers, and small bowls). For much of what is now North Carolina, the introduction of pottery did not occur until sometime after about 1,000 B.C.

The use of carved stone bowls seems to have been most common during the Late Archaic period, between ca. 4,000 and 1,000 B.C., although it may have continued sometime later, into the Woodland period.

Soapstone, an impure talcy rock which occurs in many parts of the North Carolina piedmont and mountains, was a common raw material for carved stone bowls. The stone is easily carved into bowl form, and was also used for making smoking pipes and other small ornaments. The stone was quarried from natural outcrops using stone chisels and axes. Smaller stone, antler, bone or wood tools were then used to scrape out the finished bowl.

The Blue Rock soapstone quarry, located in Yancey County (in the mountains) was a relatively large source of the stone. The soapstone outcrop measures over 70 ft. by 50 ft., and it stands over 10 ft. high. The outcrop is marked by numerous "pockmarks" or depressions measuring from 1 to 3 ft. in diameter, many of which contain a small spur or pedestal-like projection at the bottom of the depression. The projection was left after the bowl "preform" or "blank" was chiseled from the parent stone and snapped or wedged out.

Evidence of the quarrying activities is also scattered around the outcrop. Massive amounts of soapstone quarry debris mixed with discarded (or dropped) tools covers a half acre or more. Evidence of caches of quarry tools is also present, indicating that the quarry workers brought tools up to the site and stored them for future use.

Test excavations were conducted at the site in 1979 by Archaeology Branch [now the Office of State Archaeology] staff and a report on the tests was published in the North Carolina Archaeological Council Publications Series [No. 19] in 1982. Since then, however, relic collectors have paid many visits to the site, and have destroyed much of the evidence of this unique and important type of archaeological resource. Efforts are now being made to protect the site from further vandalism and looting.