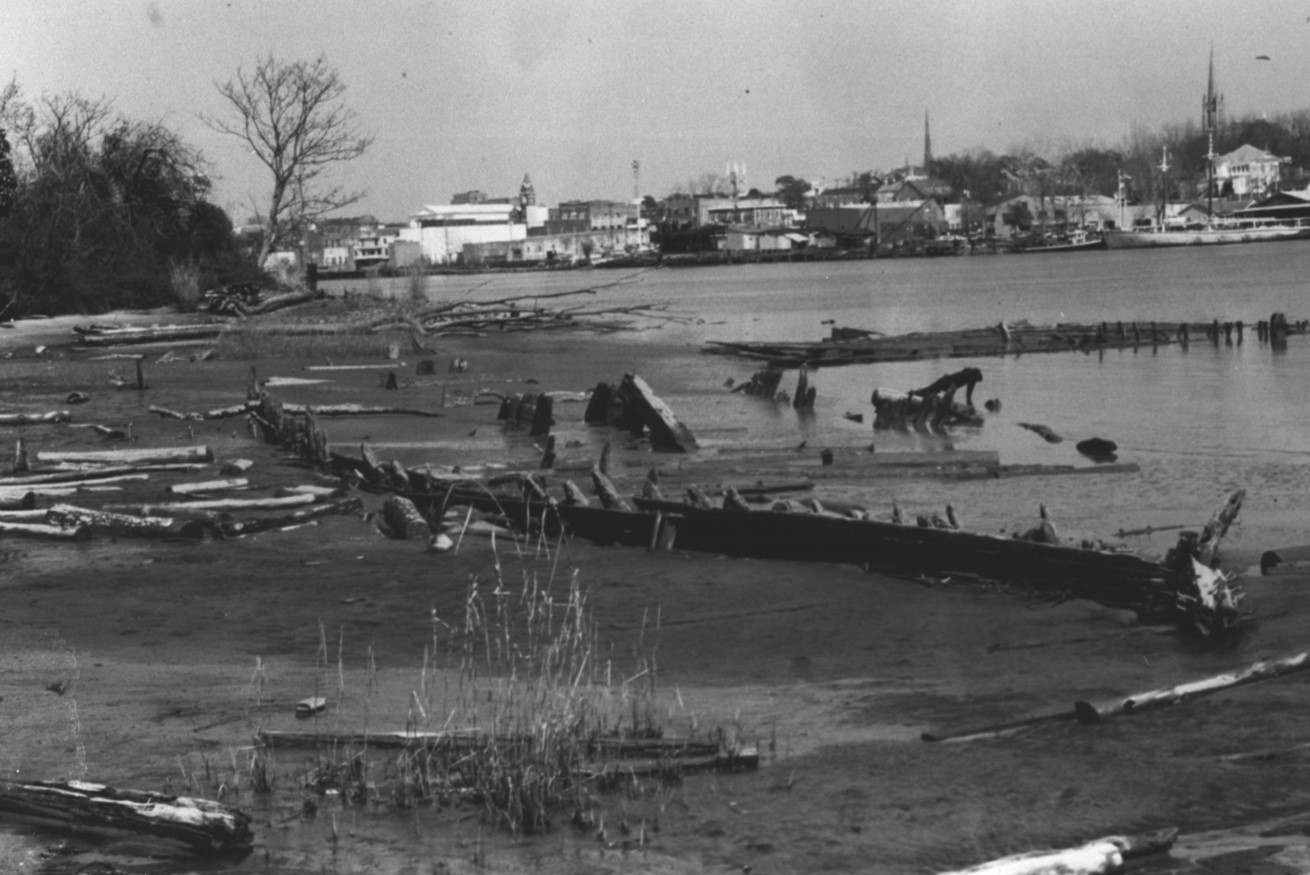 Volume 1, Number 1 of the Friends of North Carolina Archaeology Newsletter reported that the Underwater Archaeology Unit at Kure Beach was working on a National Register of Historic Places nomination of Civil War period vessels off the coast of Brunswick, New Hanover and Pender counties. Their efforts have resulted in the Cape Fear Civil War Shipwreck District, which was listed in the National Register on December 23, 1985. The district consists of the wrecks of 21 Civil War vessels. Fifteen wrecks are steampowered blockade runners. They represent each key step in the evolution of the classic Civil War blockade runner. Furthermore, these 15 wrecks represent nearly 20% of all steam blockade runners lost during the Civil War. The wreck of a British bark attempting to run the blockade is also a part of this group. No where in the world is there a comparable concentration of vessel remains.

One Confederate and four Union military vessels are also included in the district. Although not nearly as significant in terms of percentage of overall Civil War naval losses, this group represents a good crosssection of ships used in conjunction with blockade running activities. Two bar tenders, an ex-blockade runner and an ironclad are part of the military wreck assemblage.

Beginning in 1861, Union ships blockaded southern ports to prevent the delivery of military supplies from abroad. Since the South was so heavily dependent upon foreign goods, it was soon apparent that some means of successfully penetrating this blockade was essential. Large sailing ships were too slow and the quicker schooners could not carry enough cargo to make up for the risks involved in blockade running. What was needed was a vessel that combined the qualities of speed, low freeboard, large cargo capacities and shallow draft. The answer to these specific needs was found in the paddle wheel steamers, which make up the majority of vessels included in the district.

Although Wilmington was not the most important port at the beginning of the Civil War, after the fall of Charleston to Union troops in 1863, virtually all major blockade running was focused on Wilmington. From this time until the fall of Fort Fisher in January, 1865, Wilmington was to have no rivals in the South as a center of trade and maritime activity.

The majority of the blockade runners were lost when they were stranded along the beach or on inlet shoals and sank in shallow waters. Upon wrecking, a vessel became the focus of furious attempts to save it and its cargo. The Federals had the decided advantage in efforts to recover the total vessel since they could approach from the sea with tugboats. The Confederates concentrated on a wreck's cargo, which was not only more important to their specific needs but could be unloaded with ease onto the beaches which they controlled.

The physical remains of these vessels embody important details concerning the transitions in naval architecture and technology from sail to steam and from wood to iron. Artifacts from these wrecks can shed light on military and civilian activities during the Civil War and serve as tangible reminders to highlight historical awareness.

The Cape Fear Civil War Shipwreck District preserves a physical record of an important part of United States history. The shipwrecks within it provide the means to more fully understand the Civil War period through the development and utilization of their historical, archaeological and educational notential.