USS Huron is listed on the National Register of Historic Places. In 1991, the Secretary of the NC Department of Natural and Cultural Resources designated the site as North Carolina's first Historic Shipwreck Preserve, now called Heritage Dive Sites. The wreck is located in Nags Head, NC, between mileposts 11 and 12. An informational exhibit is located in the gazebo at the Bladen Street beach access. 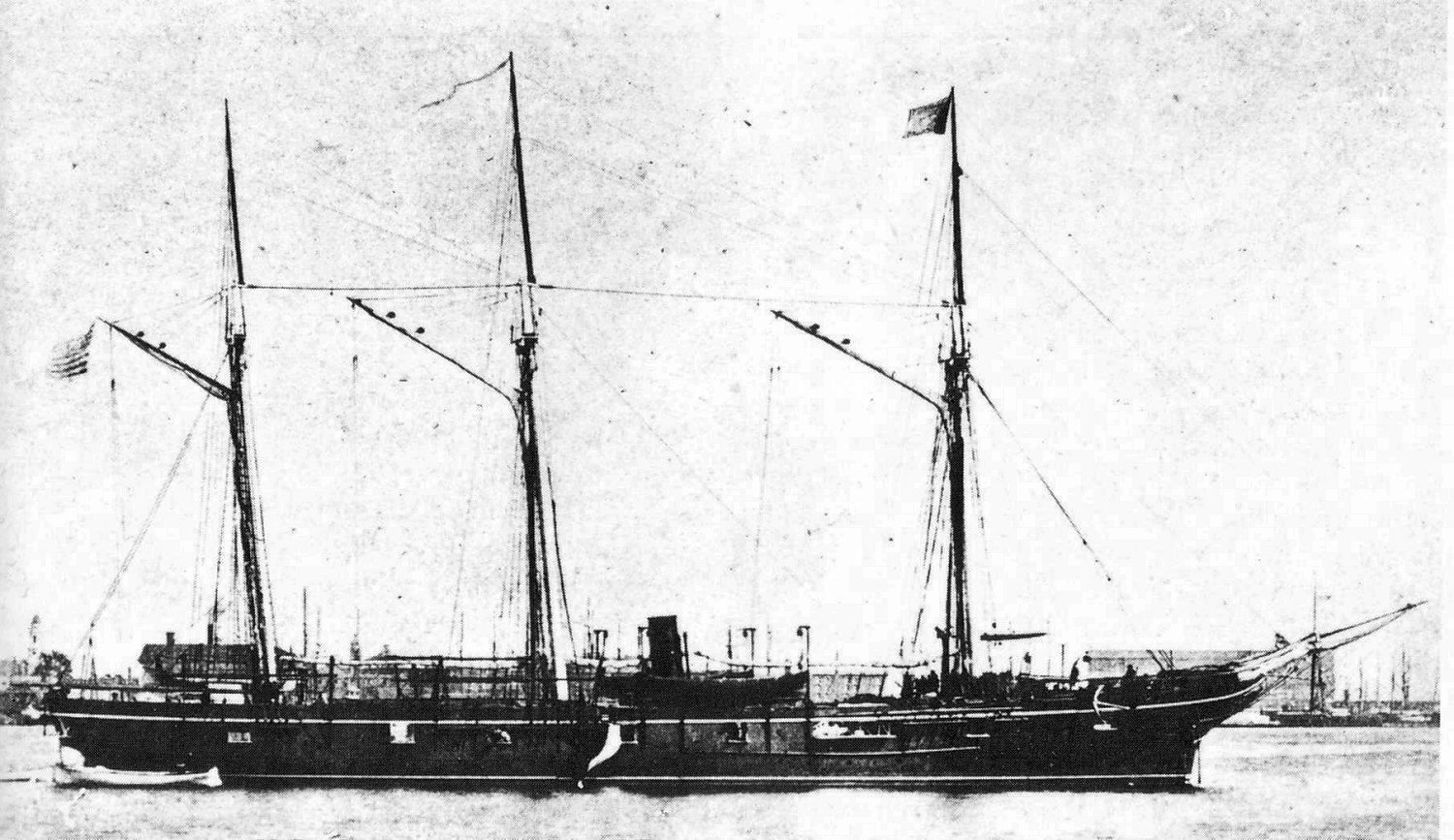 Built a decade after the Civil War, USS Huron was constructed during a period of transition between the old and new navy. Huron and its two sister ships were the last American naval vessels to be built of iron rather than steel and to be equipped with sails to supplement their steam engines.

During its brief career (1875-1877), Huron visited ports in Mexico, Venezuela, Columbia, Key West, Mobile, Charleston, Norfolk, Boston, New York, and Washington, DC. However, it was the tragedy of Huron's sinking on November 24, 1877, that brought the ship to national attention.

The Loss of USS Huron 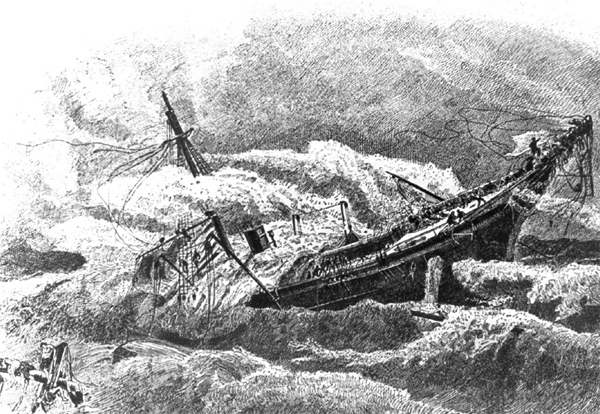 Huron left Hampton Roads, Virginia, on Friday, November 23, 1877. The crew was headed for Havana, Cuba, to survey the surrounding coast.

On the first night out to sea, the ship encountered a heavy storm blowing from the southeast. The storm, combined with a small error in the ship's compass, caused Huron to run aground off Nags Head at 1:30 am on November 24, 1877.

Even though Huron was only 200 yards from the beach, the heavy surf, strong currents, and cold temperature prevented most of the crew members 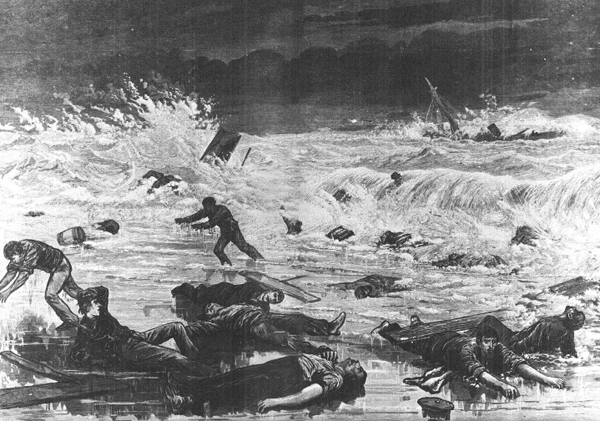 from attempting to swim to shore. Most of the crew tried to remain on the ship in the hope that help would arrive. However, no one came to the aid of the sailors; lifesaving stations had been closed until December. The elements eventually took their toll on the storm-battered men. Many lost their strength and were washed overboard by waves. One huge wave swept at least 12 sailors away at one time. In all, 98 men lost their lives during the night.

The federal government was severely criticized for its failure to provide adequate funding for the United States Lifesaving Service. Two months after the wreck of Huron, the steamship Metropolis ran aground 23 miles to the north, with the loss of 85 lives. These two disasters prompted Congress to appropriate funding to build additional lifesaving stations along the North Carolina coast and increase their months of operation.

The Huron site is located approximately 250 yards from the beach. During the summer months, buoys mark the bow and stern of the wreck. Divers and snorkelers who visit the site can see a wide variety of sea life as they swim over the remains of the historic warship. Many portions of the wreck hold points of interest such as boilers, cannonball storage racks, and the huge propeller and rudder.

The site map (below) depicts the wreck of Huron as it exists today. During the 1870s, the ship's cannons and much of its machinery were salvaged. Over the years, time and the elements have eroded parts of the ship. The lower hull is well preserved, however, and portions of the bow remain intact up to the main deck level. A thick layer of concretion and marine growth now covers the site, hiding many structural features. Because the Huron site is close to shore, shifting sands are constantly covering and uncovering various portions of the wreck.

Collecting artifacts from the wreck is prohibited. USS Huron and other shipwreck sites in North Carolina waters are protected by state and federal law. It is illegal to remove artifacts or disturb a shipwreck site without a valid permit. If you observe an unusual or important artifact, please do not disturb it. Note the artifact's location and report it to the Underwater Archaeology Branch or local authorities.

All divers should follow safe scuba-diving practices. It is strongly recommended that visitors check on conditions with a lifeguard before swimming out to the wreck. No one should ever swim or dive alone!

The USS Huron Historic Shipwreck Preserve is administered cooperatively by the North Carolina Department of Natural and Cultural Resources, the Town of Nags Head, and the United States Navy. For more information about this Dive Heritage Site and North Carolina's shipwrecks, contact the Underwater Archaeology Branch.