The year 2020 marks the 100th anniversary of women’s suffrage. Along with the Department of Natural and Cultural Resources, the Office of State Archaeology will be highlighting the accomplishments of North Carolina women, past and present, whose lives have been revealed through archaeology and those who have influenced the development and future of our field. Join us this October in honoring the contributions of women to North Carolina archaeology and history!

As part of a national campaign to commemorate women gaining the right to vote, North Carolina’s Department of Natural and Cultural Resources has coordinated a campaign titled "She Changed the World: NC Women Breaking Barriers" starting March 2019 and continuing through November 2020. American women were granted the right to vote with the 19th Amendment to the U.S. Constitution, ratified on August 18, 1920, after a 72-year fight by suffragists. The 19th Amendment was an incomplete victory. The amendment did not guarantee suffrage for all women, and the struggle for full enfranchisement continues today. Until recently, many of the suffragists who struggled to secure a place for women in American democracy—both before and after the 19th Amendment—were left out of our history books. We’ll tell their stories. Please join the Department of Natural and Cultural Resources and the Office of State Archaeology as we share and celebrate the achievements of ALL North Carolina women and illuminate North Carolinian women's pivotal role in breaking down barriers in North Carolina and the nation. 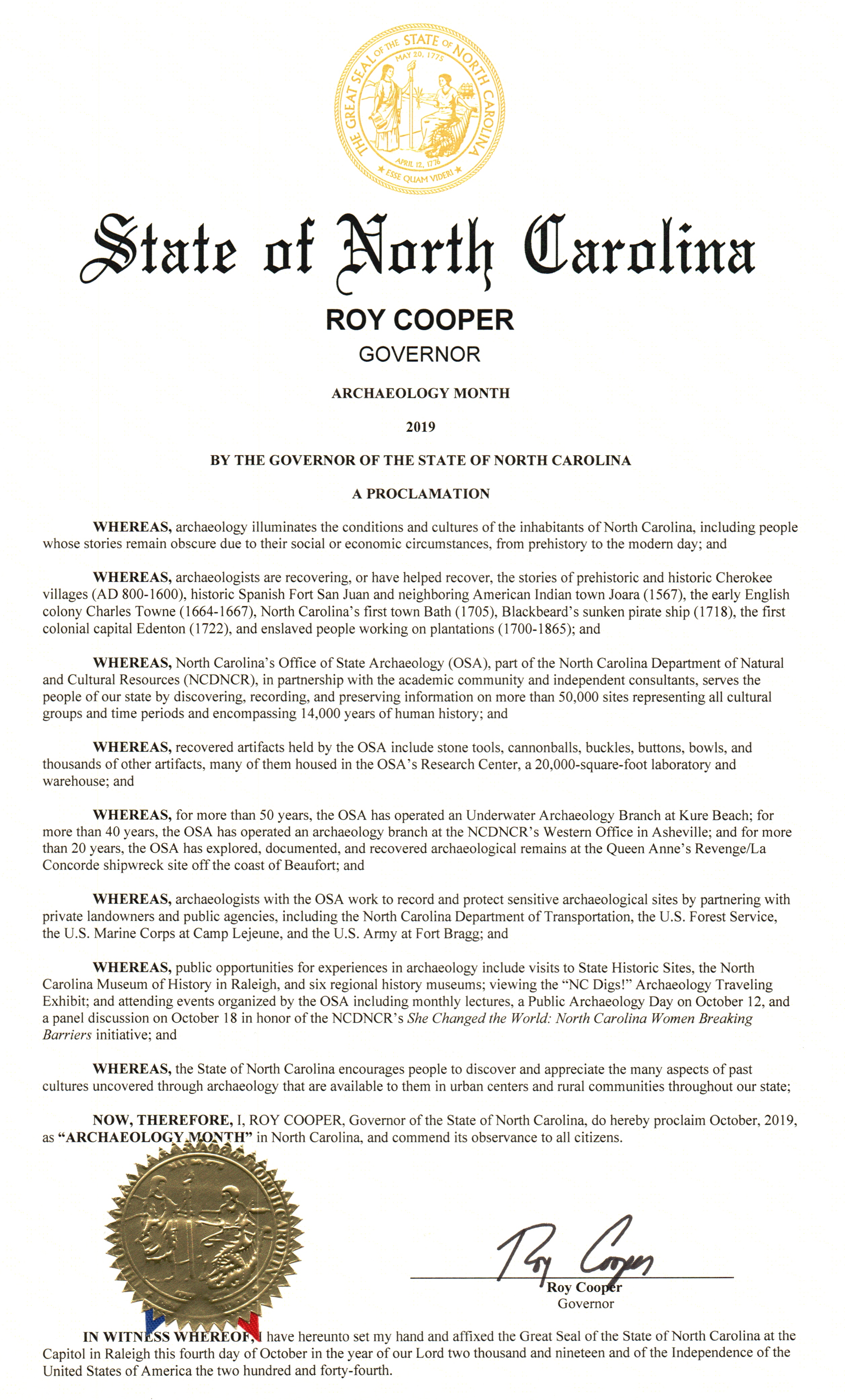 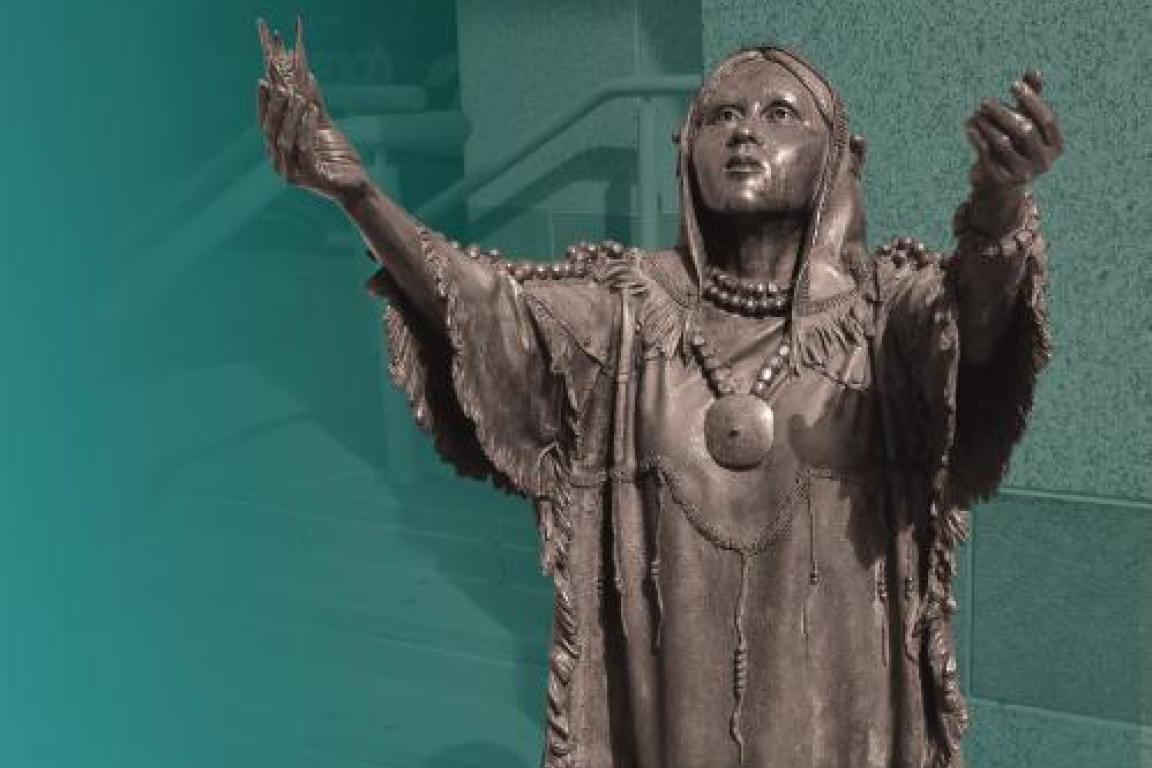 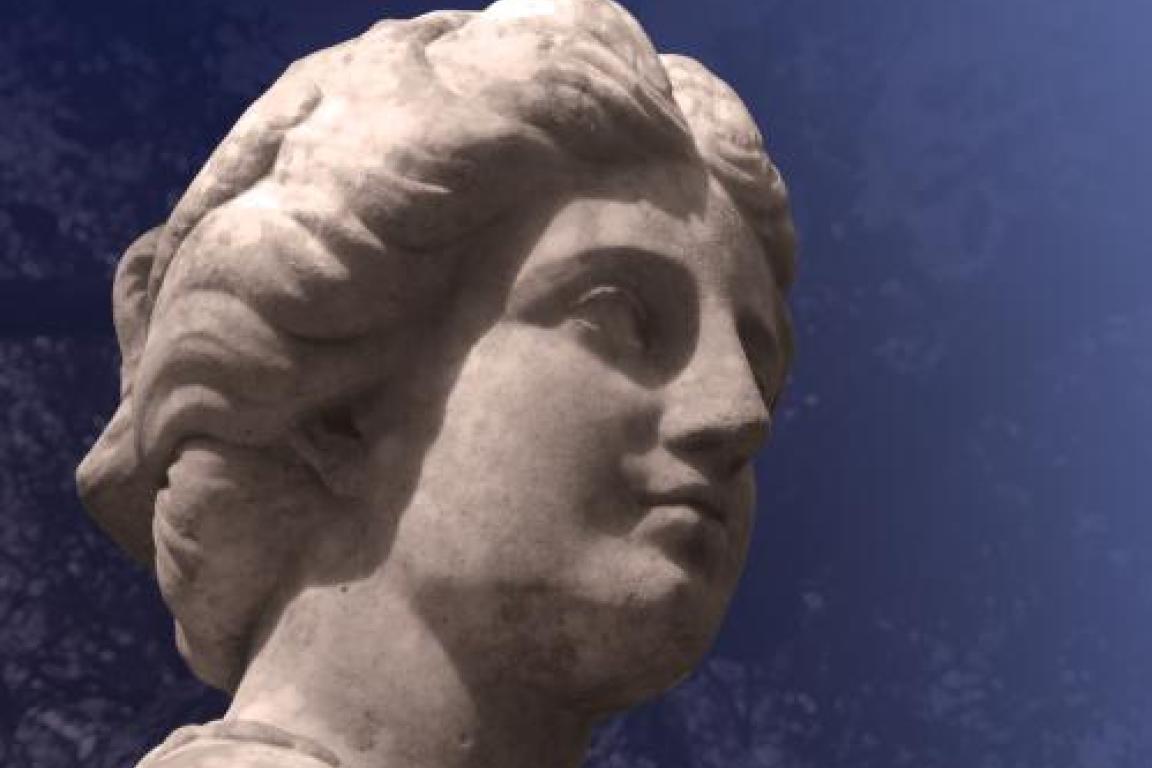 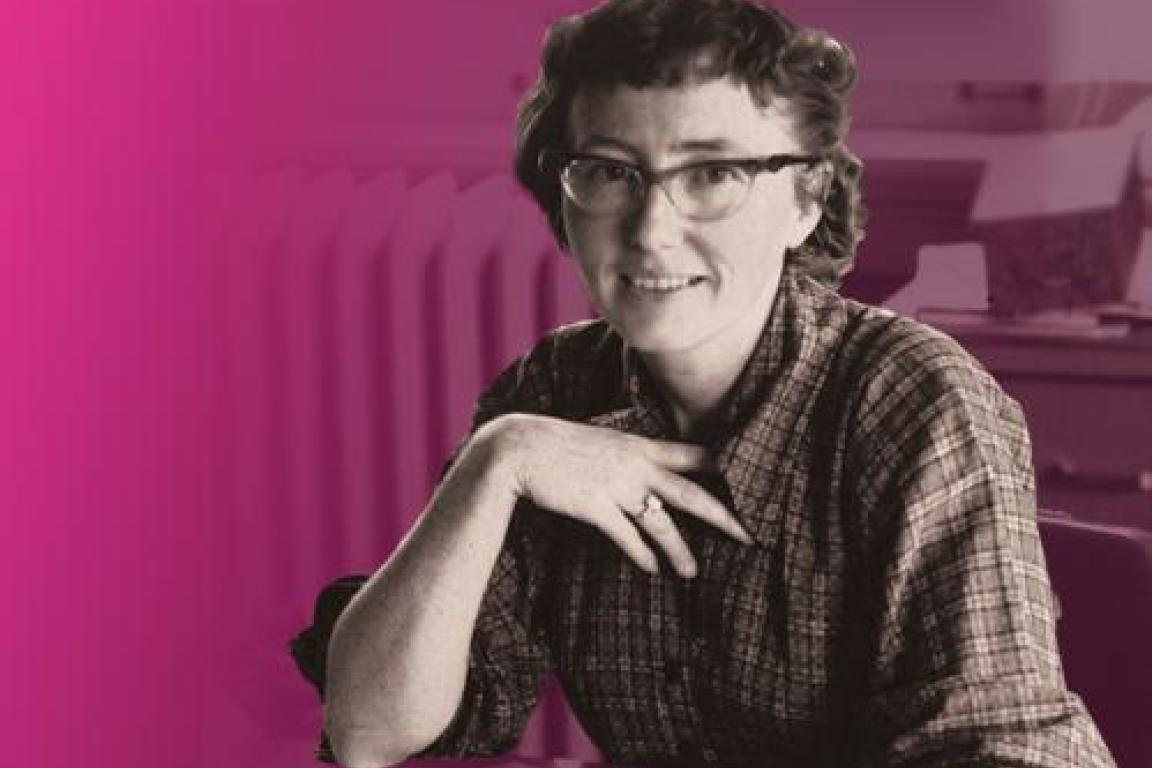 Archaeology at the Pauli Murray Family Home: The State of Research 2019

How Women Created the Mississippian World at Moundville, A.D. 1070-1200 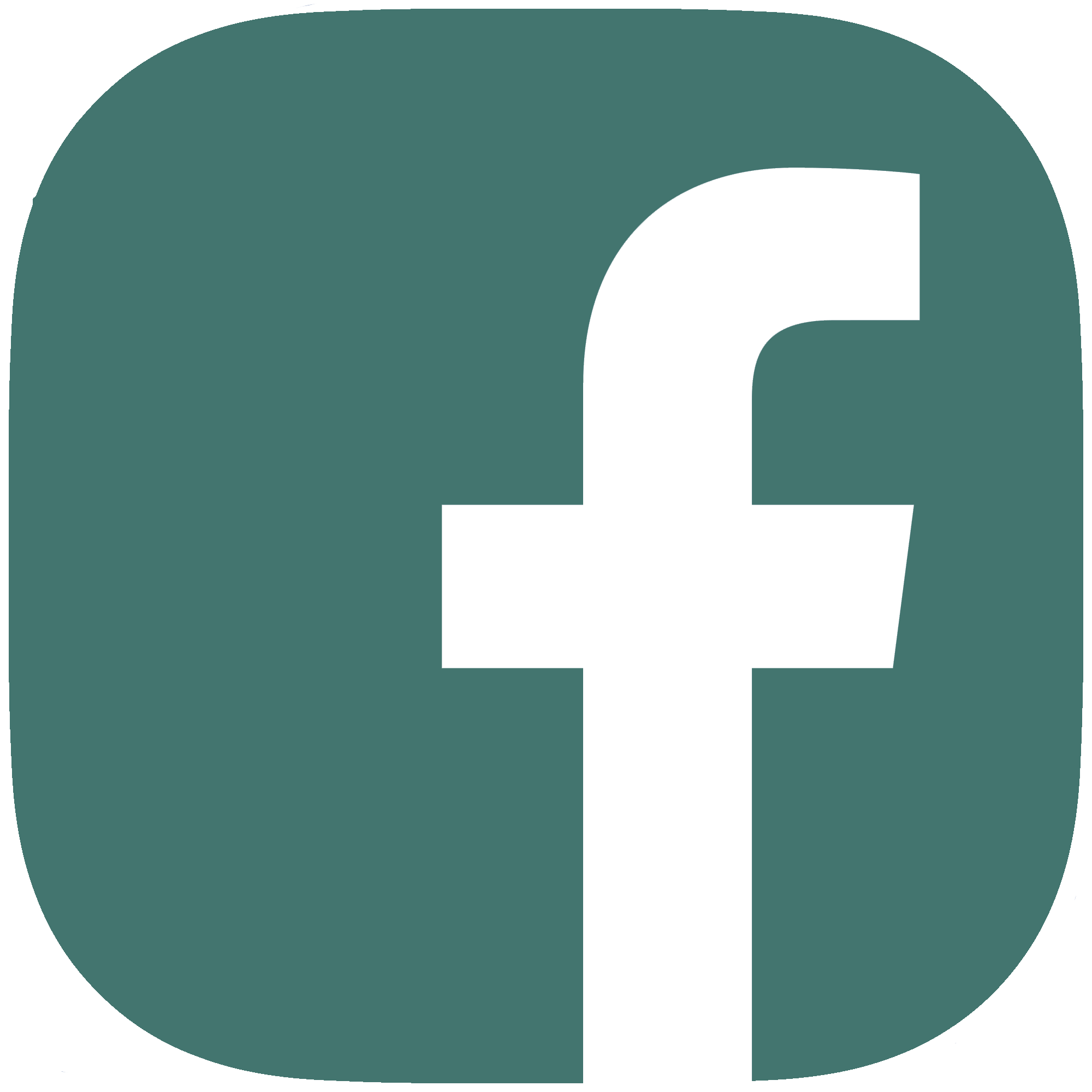 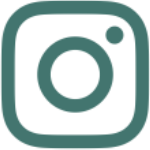 October 2017 - Partnerships in Archaeology: Collaboration at the Ailey Young House

October 2016 - The Faces of Archaeology 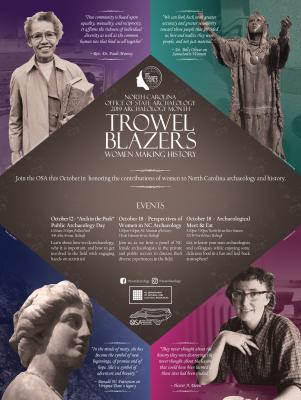 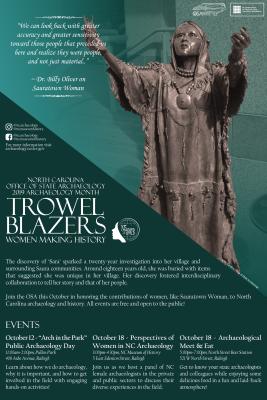 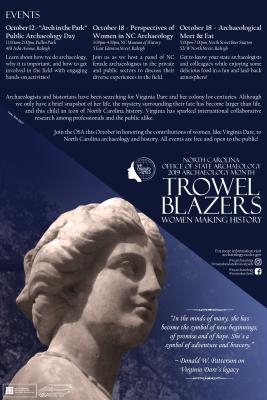 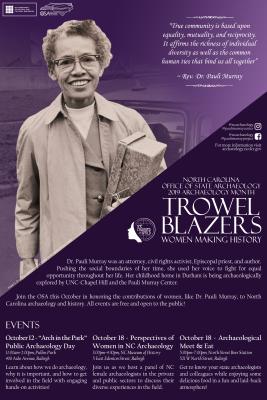 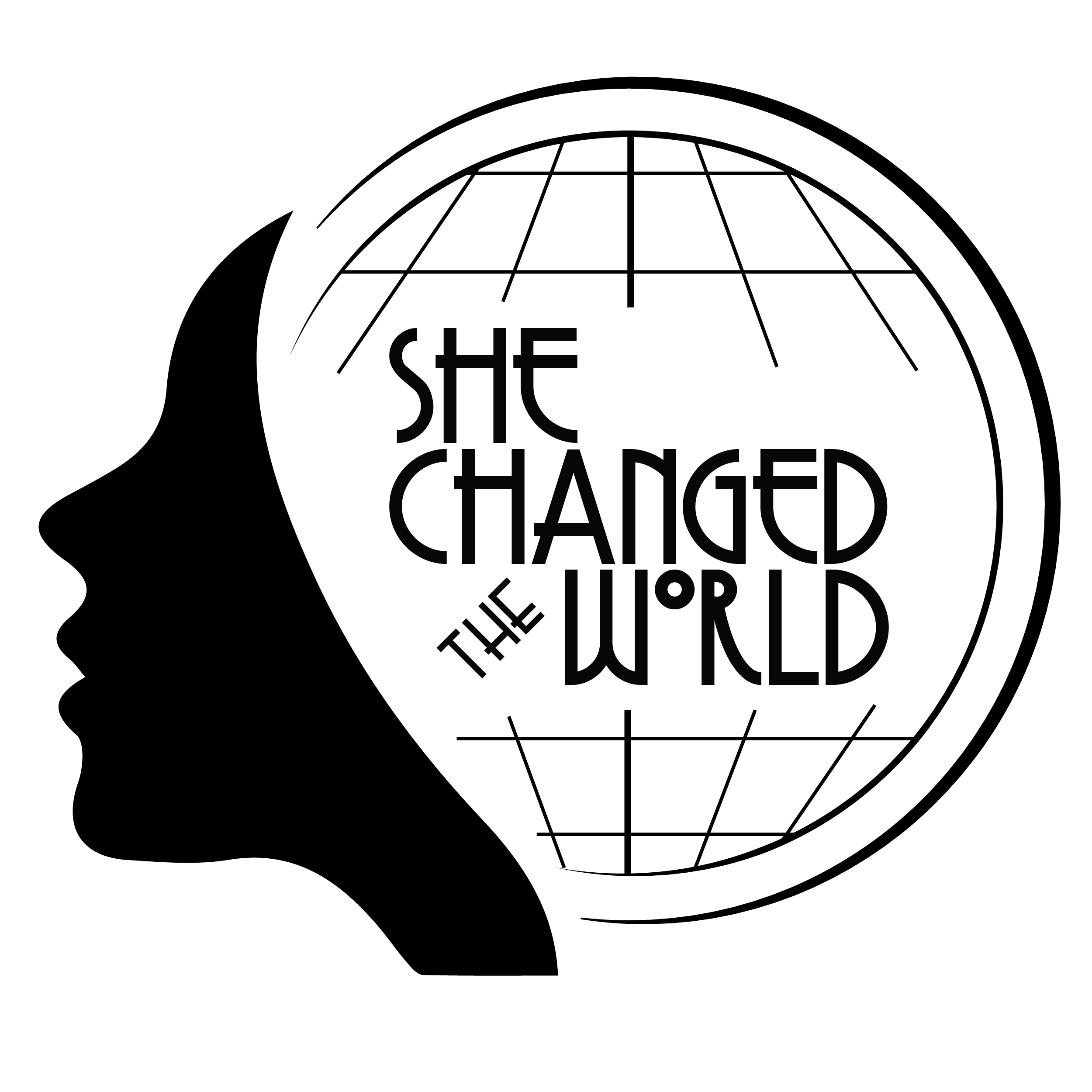 She Changed the World Campaign