Underwater Archaeology: A Link to the Past 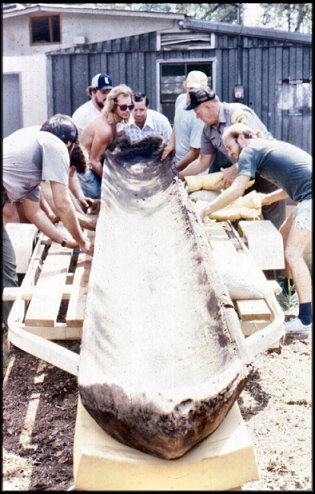 Throughout the centuries the people of North Carolina have lived in close contact with the waters of the state. Before the arrival of Europeans the Indian inhabitants relied upon the rivers and sounds as a source of food, and a means of transportation and trade.

The Indians built wooden dugout canoes and developed a variety of ways to catch fish. During the winter many tribes would camp along the coastal sounds living off the readily available supply of oysters and other shellfish.

Early European settlers used these same avenues of water as a means to explore and settle the interior of the state. Gradually settlements grew to port towns such as Edenton, Bath, New Bern, Beaufort, Brunswick, and Wilmington. In addition, smaller communities and plantations had their own landings along the waterways. Down these rivers traveled the products of the new land: lumber, naval stores, tobacco and cotton. In exchange, ships from the other colonies, the West Indies and Europe brought to the major ports manufactured goods and other materials needed by the colonists.

Read Underwater Archaeology - A Link to the Past.