Digging The Past in Transylvania County: Deaver House Excavations 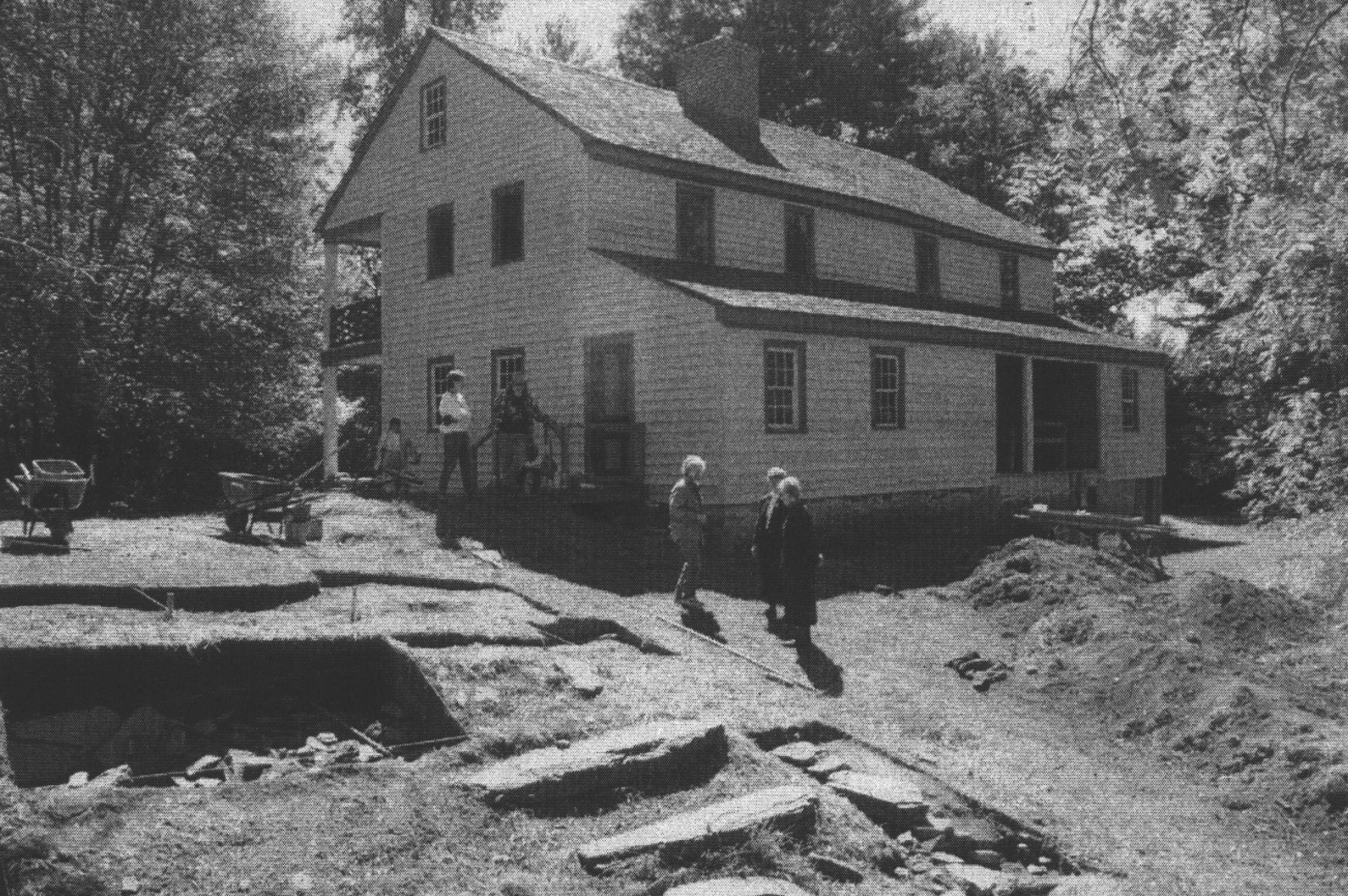 Yes, Dr. Frankenstein, there is a Transylvania in North Carolina. It's a county in the far western part of the state among the mountains. Perhaps you have heard of Brevard--it's the county seat. The county has an exciting past, beginning in prehistoric times when native Indian cultures, ancestors of the Cherokees, roamed the mountains, and including the time when the early white settlers began to stake out the mountainous country as their own. Last fall, Transylvania County was home to one of the first archaeological excavations conducted at a nineteenth-century residential and farmstead site in western North Carolina.

The excavations took place at the William Deaver House, one of western North Carolina's finest surviving examples of early- mid-nineteenth century architecture. Archaeologists Ruth Wetmore and Kenneth Robinson directed the project to recover information for the restoration of the house and farmstead. Restoration is being sponsored by the Transylvania County Historical Society. Only preliminary excavations were conducted last fall, but several excavation units were opened inside and outside the house, and there were some very significant findings.

The main feature of the site is the main house, a two-story, wood timber structure with a full two-tiered porch. The house sits atop a steep sided hill, overlooking an old Indian Trail which later became a main road for settlers into the Davidson River region of what was Old Buncombe County. William Deaver, a prominent mountain landowner, is thought to have built the house on the site around 1830, although there is some evidence that it may have been constructed in the first decade of the 1800s. The house was greatly enlarged sometime in the mid-nineteenth century.

There is no historical information that tells exactly when the house was first constructed, but an important piece of evidence recovered from the archaeological excavations has provided the first hard evidence as to when the additions were made to the house in the mid-1800s. The tell-tale artifact was a ceramic plate fragment found in the foundation trench which was dug out when the additions were made. The ceramic sherd had the name and mark of its English manufacturer--James Edwards--on it and a search of historical reference books showed that the maker's mark was not used prior to 1842, so the addition to the house could not have been built before that date. This date has helped pin down a part of the construction sequence of the house. Perhaps future archaeological study will produce evidence for the original construction of the house.

Inside the house, the ground surface below the floor boards and the area around the base of the chimney was investigated. Few features were found in the soil, but a great number of artifacts were preserved, most dating from the twentieth century, but some dating from the historic occupation of the house. The subfloor area was very dry and many paper artifacts from the 1930s and 40s were preserved. We found small fragments of sheet music, still readable. One notable twentieth-century artifact was a metal lapel button with a molded American flag and the words "REMEMBER PEARL HARBOR" on it. A "UNITED CONFEDERATE VETERANS" button also was found.

Excavations around the house showed how the foundations of the house were built. Several interesting artifacts also were found in the side yards of the house, including a French-made gun flint (from a flintlock gun), and several pieces of tablewares dating from the nineteenth century. Some of the tablewares may be as old as the 1810s or 1820s.

Another important discovery was a "mystery" structure located on a hillside about forty feet away from the house. The structure consists of large stone slabs that seem to form a wall. The wall is buried under the hillside. It could be a cellar to a building or perhaps the foundations of an earlier house. No one knew this structure existed until the archaeologists, with assistance from a lot of volunteers, cleaned off the hillside where it was located. A tree growing in the middle of the feature indicates it must be at least 80 years old. Exactly what this structure was is anyone's guess. It will have to be excavated to find out its function.

A few prehistoric stone tools and pottery pieces also were found around the site, evidence that prehistoric Native Americans camped on this site at various times during the past 5000 years.

This archaeology project was aided by a great number of volunteers. Several members of the Transylvania County Historical Society rolled up their sleeves and helped clear vegetation, excavate, screen for artifacts, and catalog the artifacts. Many students from Brevard College's Inside-Out Community Service Program also lended their hands in the excavations. All told, about 400 hours of volunteer assistance was given to the project.

We would like to acknowledge the Transylvania County Historical Society for sponsoring this project. Funding was provided by the Society through grants from Mrs. Marion Stedman Covington of Greensboro, a grant from the National Trust for Historic Preservation, and a Survey and Planning Grant from the National Park Service, as administered by the N.C. Division of Archives and History.