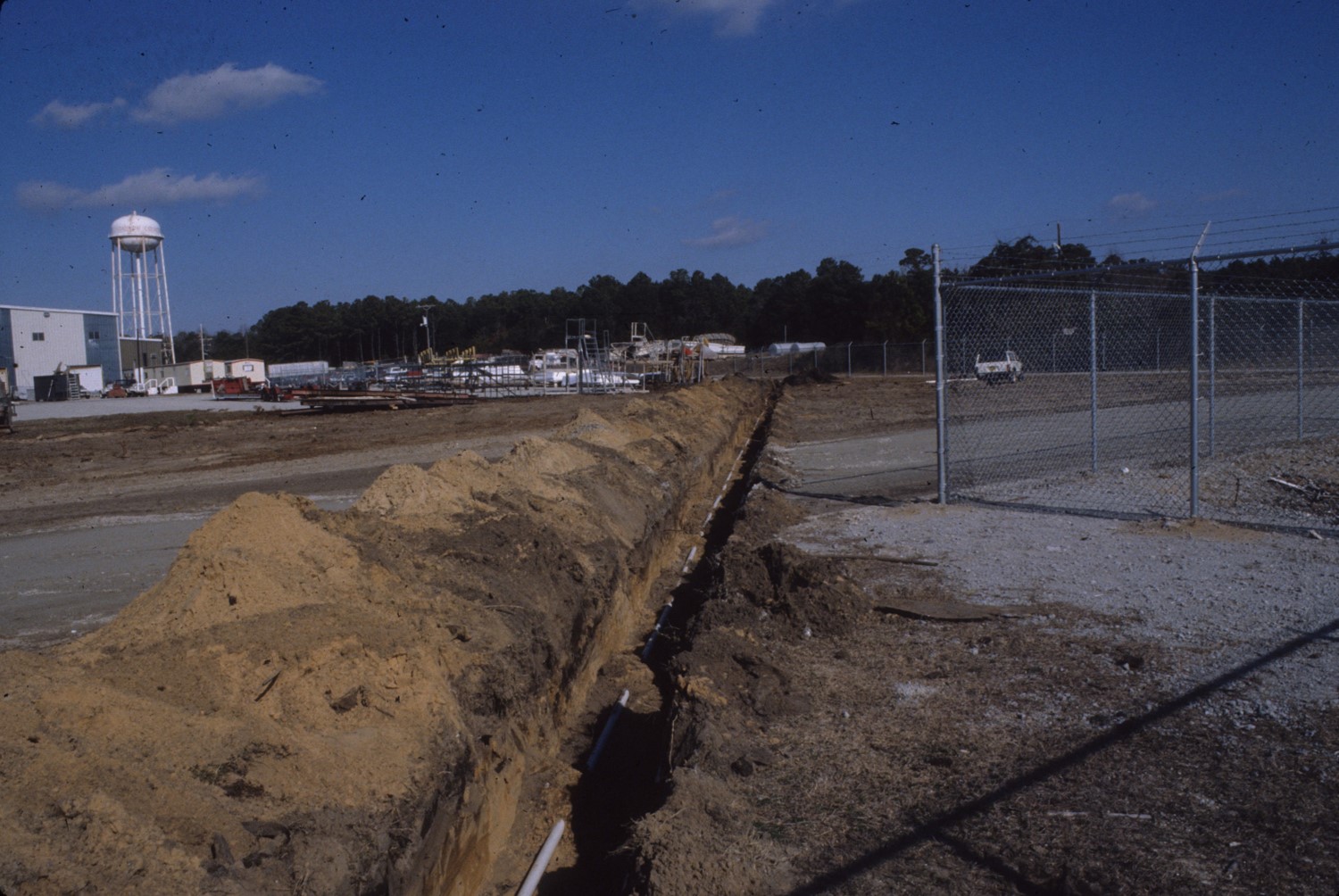 The Uniflite site (3lOn33), located in coastal Onslow County, was discovered in 1963 by Tucker Littleton, and was later visited and recorded by staff from the Research Laboratories of Anthropology at Chapel Hill. In 1976, Dr. Thomas C. Loftfield, UNC-Wilmington, excavated two prehistoric pits which were eroding out of the bank. During these salvage excavations, Loftfield noted the presence of additional subsurface features, intact stratigraphy, articulated animal skeletons and large quantities of carbonized plant materials.

During the summer of 1977, Loftfield conducted a field school at the site and in the, late fall of that year continued investigations in connection with a Corps [of Engineers] permit application from the landowner for construction of a bulkhead.

The Uniflite site is a multicomponent site with a primary occupation occurring during the early portion of the Late Woodland period. Although only a small portion of the site has been excavated, it has been identified as a seasonally occupied (late spring - early summer) village whose inhabitants depended heavily upon the exploitation of shellfish for food. Features investigated at the site included two house patterns of post molds, storage pits, hearths and dog burials. The extensive shell midden at the site aided in the preservation of large quantities of fish bone and scales.

Although not presently listed in the National Register of Historic Places, the Uniflite site was determined eligible for listing in 1977.