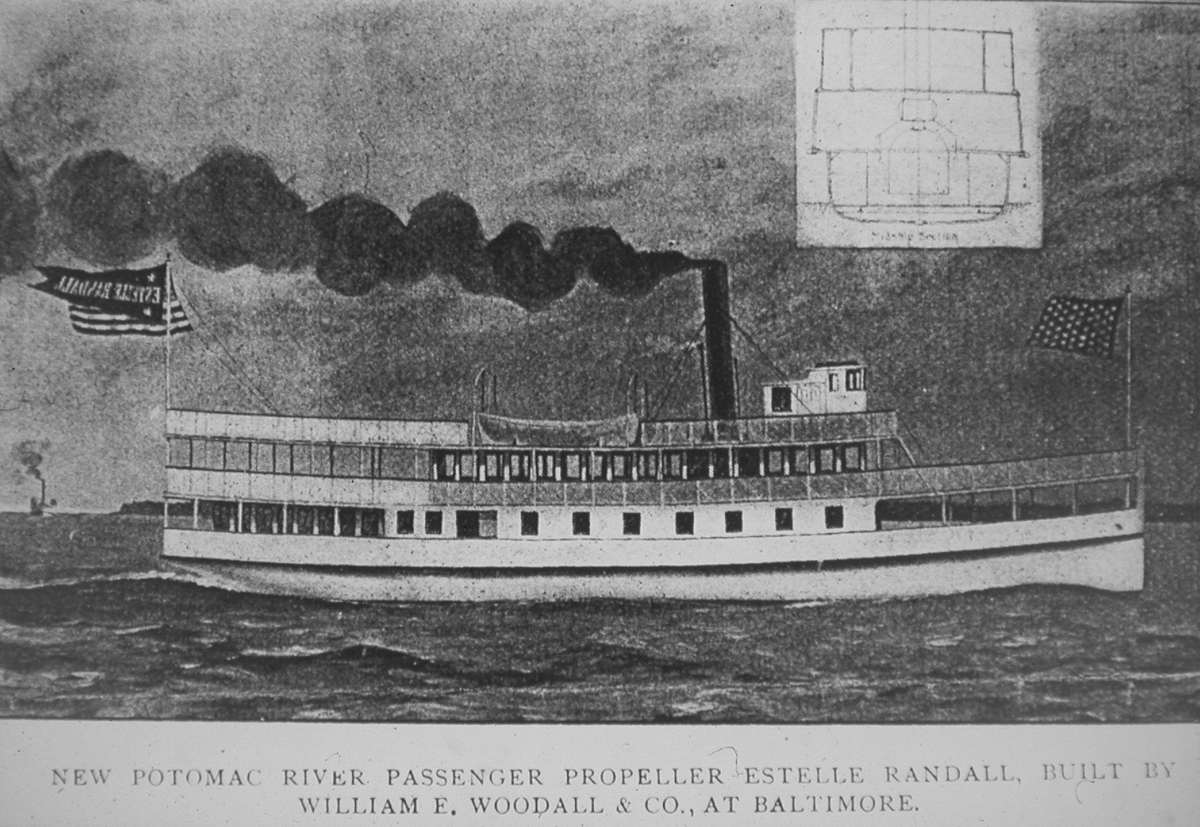 The Estelle Randall was described as "one of the largest and most magnificent passenger and freight steamers in North Carolina." It made stops at towns along the Albemarle Sound on its run between Elizabeth City and Norfolk, Virginia. During one of these stops at the town of Columbia in Tyrrell County, the Estelle Randall burned and sank while tied to the wharf. The ship's cook died, but the remaining fourteen crew members narrowly escaped the late evening fire.

The 112-foot-long vessel was built in 1898 at Baltimore by William E. Woodall and Company. Its machinery was furnished by the Campbell and Zell Company. The Estelle Randall was originally owned by Captain E.S. Randall, who operated several large passenger steamers on the Potomac River. By 1909 the steamer had been bought by the Farmers' and Merchants' Line of North Carolina and was then overhauled in Norfolk for use in the Albemarle region. Soon after, on January 18, 1910, the Estelle Randall was consumed by the fire of unknown origin and was a total loss.

The North Carolina Underwater Unit has been spearheading an effort to record and recover significant portions of the wreck's machinery and artifactual content prior to a waterfront clearing project. The work is a cooperative effort between the Underwater Archaeology Unit and Columbia and Tyrrell counties to conduct research and restoration on the remains of the Estelle Randall.

The majority of excavation, which was necessary for the recovery of the machinery, has been conducted by volunteer divers Eddie Congleton, Mitch Moore and Kenneth Bland. During this work they recovered a large variety of shipboard implements, personal effects, and machinery accessories such as steam gauges and grease lubricators. With the help of heavy equipment and operators donated by Waff Contracting, Inc. of Edenton, the machinery from the Estelle Randall was recovered in November 1992. The major items retrieved were a vertical, direct-acting, compound steam engine fitted with a surface condenser; a double-acting, vertical air pump; a duplex feed-water pump; an early Westinghouse generator housing and the ship's rudder.

The Unit is in the process of inventorying and stabilizing the many small artifacts. Within the next year restoration will begin on the machinery. A collection of small artifacts is now on display in Columbia and it is hoped that the interest generated will lead to a local museum that deals with the area's maritime history and features theEstelle Randall.