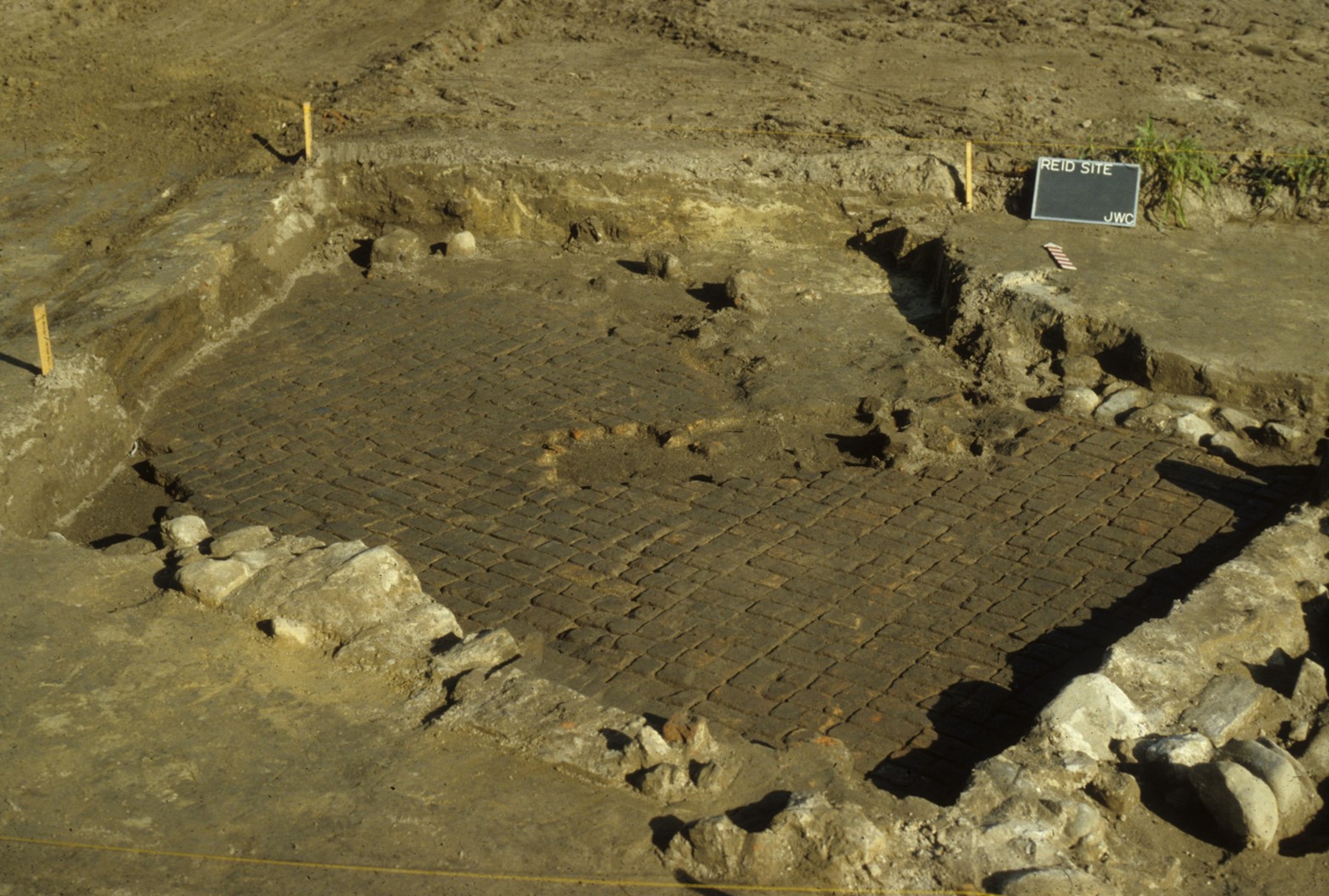 Cooperation between farm owners and archaeologists is often a tenuous thing. As the economy of agriculture becomes increasingly difficult, the drive to cultivate more land increases, along with the number of crops grown per year. Further, increased productivity brings more marginal land under the plow. Use of deep or chisel plowing adds greater depth to the disturbance of land already being cultivated and obstructions to plowing are more likely to be removed from fields. All these factors have lead to increasing destruction of archaeological resources.

The farmer's concern is one of economics -- a concern which is especially understandable in these days when the public auction of agricultural land is becoming more frequent. It is difficult to appreciate the importance of evidence of past habitations when one is attempting to preserve the existing family farm. On the archaeologist's part there has been a reluctance in the past of involving the farmer in the process of excavations and little attempt at coordinating schedules. The usual practice has been to pay the farmer for crop damage and simply schedule excavations at the convenience of the archaeologist. However, there are occasions when simple curiosity, an interest in local history and an interest in public education combine to properly recover archaeological evidence and to allow continued agricultural use of the land.

The excavation of the Reid Site (3lPk8) in Pasquotank County is a prime example of the cooperation which is possible. The site was first identified by Mr. Douglas Reid and his father while attempting to clear an obstruction in one of their fields. During the clearing process, Douglas noted a number of unusual artifacts and what appeared to be a portion of brick flooring. Feeling that they were excavating something unusual, the Reids halted their clearing work and contacted the Museum of the Albemarle. The Museum, in turn, contacted the [Office of State Archaeology] and a site inspection was arranged. Had it not been for this initial effort on the part of the Reid family, an extremely important archaeological site would have been irretrievably lost. The site was identified and initial steps toward preservation were taken by the landowners without the intervention of the professional community. Had it not been for their initial interest, none of the following events would have been possible.

The initial site inspection was made by John Clauser, [Office of State Archaeology] archaeologist. The brief investigation indicated that the site was worthy of salvage and that the work necessary to reveal the extent of the find would take more than just a day or two. Discussions with the land owner resulted in an agreement that the site would be preserved for one year to allow the Branch an opportunity to mount a salvage project. However, at the end of that year the obstruction would have to be removed.

The excavations were scheduled around the owners planting schedule, relying on local volunteers as a labor force. The local community responded quite well -- over 30 individuals provided at least one days work each; several individuals spent more time on site. One of the most satisfying elements of the project was the number of local citizens who arrived on site simply to see what was going on and then chose to stay on to work.

The excavations revealed the remains of an early 18th century house which burned. while in use. Preliminary analysis of the artifacts recovered indicates a home of a successful planter who possessed a great number of luxury items. Particularly noteworthy were the relatively large numbers of crystal stemware fragments, pewter spoon fragments and decorative clothing buttons and shoe buckles. Food remains indicate a primary dependence on domestic animals, especially pig, but supplemented with wild game and fish and shellfish.

The structural remains were quite substantial. The solid ballast stone foundation measured 12 feet north-south by at least 17 feet east-west. The western wall of the foundation has been destroyed, however, making it impossible to provide an accurate measurement. The structure had a brick floor equipped with a drainage system along the north and east walls. The bonding pattern in the floor indicated that the structure had two rooms -- a hall and parlor plan -- separated by a wooden interior wall. Evidence of a single exterior door was found in the southeast corner of the structure. Although the structure appears rather small by today's standards, it appeared to have been well constructed. The construction techniques, combined with the artifacts found in the interior of the structure, suggest that it was built and destroyed during the first half of the 18th century.

The importance of the Reid site data can not be understated. This excavation will help to fill in many details which are otherwise missing in the written records and will add significantly to the understanding of those few 18th century structures which remain in northeastern North Carolina. However, the cooperation between landowner and archaeologist and the willing participation of local individuals in the excavation underscores the importance of the research. As a direct result of this project the number of recorded archaeological sites in Pasquotank County has more than doubled. Farmers have noted artifact concentrations for years and a few have collected artifacts, but none knew that anyone was interested in making a record of their locations. Finally, contrary to their original plans, the Reids have decided to preserve the remains of the foundation and brick floor.

Cooperation between the professional and the amateur communities has resulted in more than the salvage of a single site. It has built an awareness of archaeological sites in the region and of their importance to history. We wish to extend a sincere "thanks" to the Reid family and their Pasquotank neighbors for their interest, cooperation and participation.