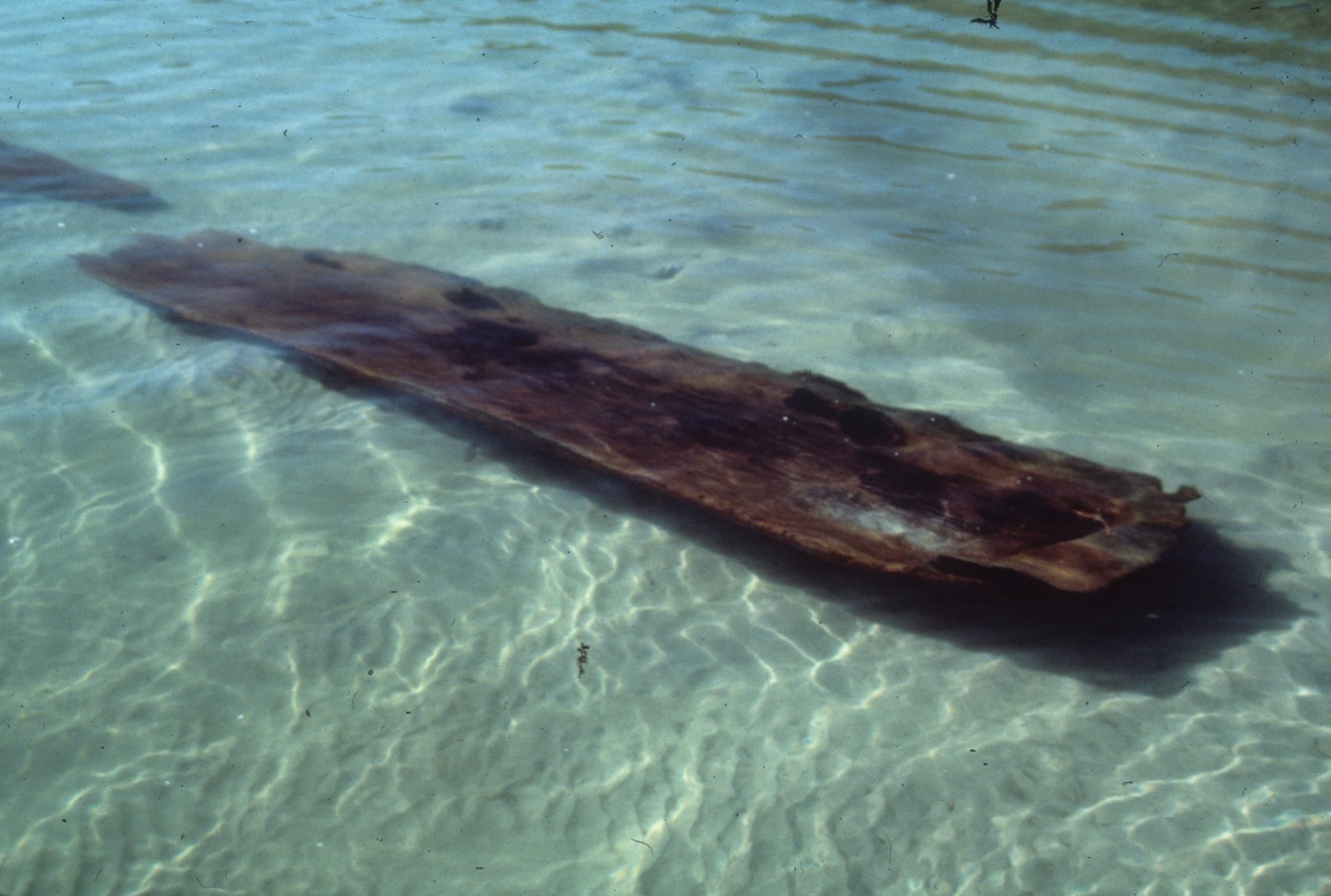 Located in northeastern North Carolina, Phelps Lake is a shallow, 16,000-acre lake, the second largest in the state. It is characteristic of a group of oval-shaped lakes and pocosins known as "Carolina Bays" distributed along the Middle Atlantic and Southeastern coastal plain. The presence of log canoes in Phelps Lake has been acknowledged by New World prehistorians as singularly important to the study and understanding of occupation and subsistence patterns of prehistoric man in the southeastern United States. To date thirty canoes have been located along the northern and western shores of the lake adjacent to the archaeological sites where they were made, used, and eventually abandoned. Some of the canoes are nothing more than fragments while others are essentially intact, preserved by the acidic water and long burial in the lake bottom sediments. There appear to be a number of end (bow and stern) shape variations and the length of the longest canoe found so far is 37 feet. Nineteen of the canoes have been radiocarbon-dated ranging in age from 2430 B.C. to A.D. 1400, correlating closely with the known age of the other artifacts from the lake.

During the GPR survey two 10,000 square-foot survey areas were marked off adjacent to the lake's shoreline using stakes and string lines. This permitted the survey craft to follow lanes with a precise ten-foot spacing. As anomalies were recorded, string lines were marked and a team examined the bottom sediments with metal probes and, in some cases, an inducation dredge to determine the cause of the disturbance on the radar.

The GPR survey met with mixed results. On the one hand, the radar did clearly identify known canoe targets. Unfortunately, the complexity of the sediments of the lake bottom--with several layers of very hard-packed sand alternating with soft pockets of organic muds--provided many false readings. However, the potential of GPR for finding dugout canoes is demonstrated by the fact that it picked up a section of log buried three feet in the sediment below a thick layer of dense sand.

After an analysis of the strip charts from this survey, a better understanding of the readings will emerge. National Geographic personnel and UAU staff members are already planning a follow-up project at Phelps Lake to employ techniques refined from this survey. The aim will be to examine other portions of Phelps Lake, particularly unsurveyed areas along the lake's western shoreline in hopes of locating additional canoes to add to the archaeological record.